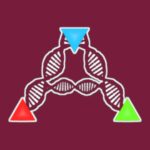 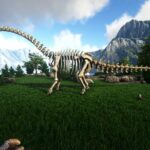 How to defeat the Dragon 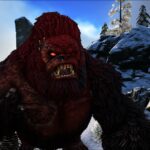 How to defeat the Megapithecus

ARK 2 – Everything We Know So Far (will be updated)

ARK 2 is going to be the next game for Studio Wildcard after celebrating the big success ARK: Survival Evolved. ARK 2 is going to be implemented into a more primitive play style. Less survival, more sandbox. Something players always enjoyed about the game. But what exactly do we know about ARK 2? Let’s gather some information that has been confirmed by Studio Wildcard.

ARK 2 will be more story driven than ARK: Survival Evolved

ARK Survival Evolved has a story and the story is amazing, but you really have to look for the story to find it. If you only ever play it as a survival game, skip the cutscenes or don’t even do the bosses at all, you would probably never find out that there is an underlying plot within all 6 lore maps that have been published by Studio Wildcard.

In ARK 2 the story is already more present by featuring it in the trailers themselves. Not only that—also by involving Hollywood actors and voice actors into the project, it is immediately clear that these play a very dominant role within the story of ARK 2. ARK 2 won’t be a Single Player only game though or only story driven. Studio Wildcard knows what their players expect from the game and what the charm of ARK: Survival Evolved really is.

ARK Character Santiago is voiced by Actor Vin Diesel while his daughter Meeka is voiced by Auli’i Cravalho who is also the voice of Disney character Moana.

Modding has been a big problem in ARK: Survival Evolved because ARK has been released on every thinkable platform but only supported Modding the game on one single one—Steam. For millions of players this meant that they were cut off from significant amounts of modded content to bring them thousands of more hours’ entertainment. It also meant that cross play on modded servers was impossible for them, and they were locked out on their own network.

With the provider Mod.io Wildcard sought out a partner who offers their services in cross-platform modding. This is a brave step because in the past many games have suffered from outsourcing certain game mechanics to third-party companies and then losing a significant part of their game mechanics when the third party becomes unavailable. 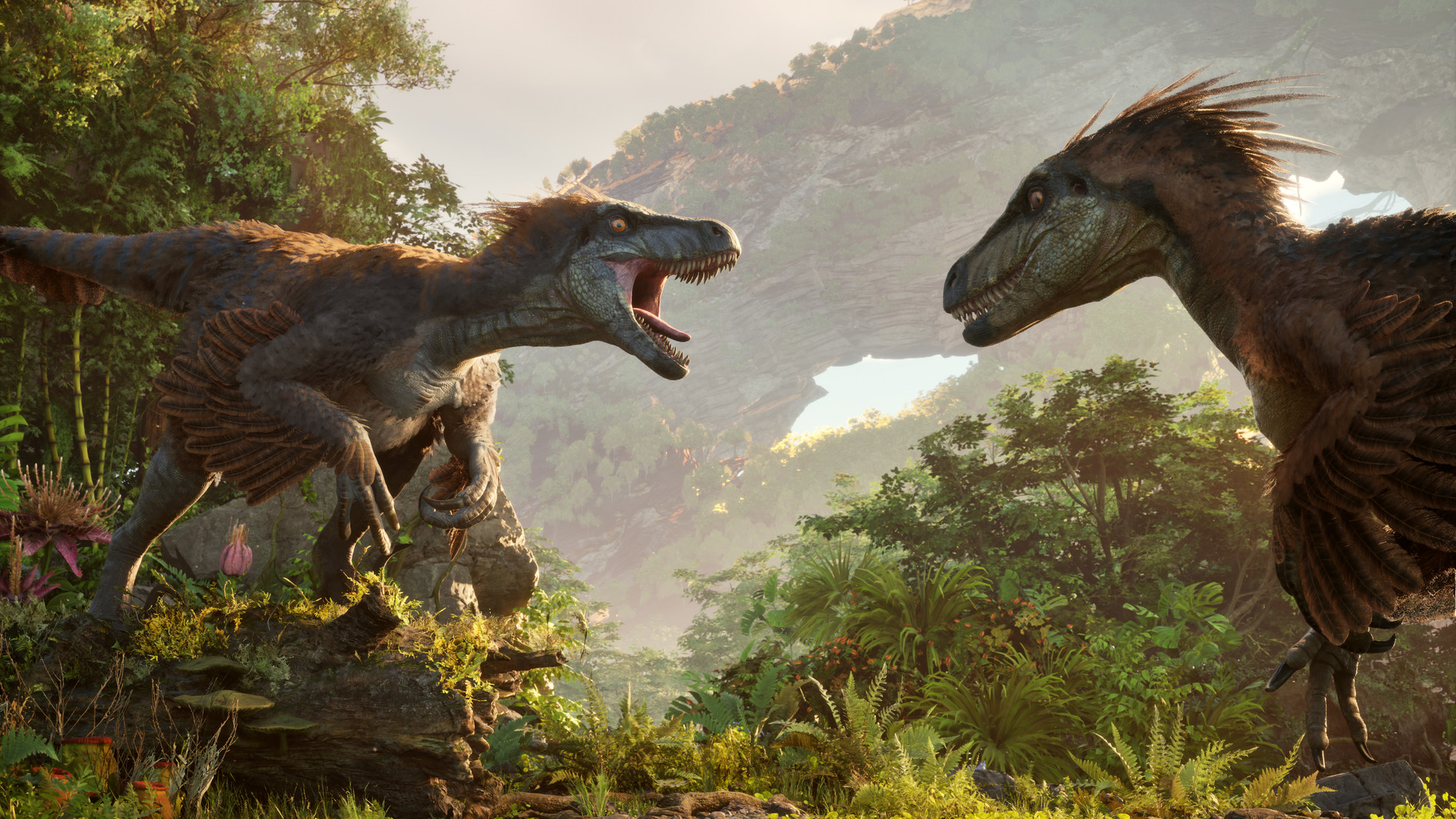 ARK 2 will be Third Person only (for now)

ARK 2 is going to offer third person only gameplay for now. This has probably been the most controversial decision for ARK 2 that has not been met with excitement of the players to the point where it was said that the “first person” mod would probably be the first mod available in the game. In game design the decision to offer third person or first person has something to do with how the developer wants the game to be perceived.

Third Person gameplay moves the focus to a specific character into the game and away from the player as the main actor. Developers chose this game style if they want the player to connect to a person within that game.  It could also be that it was a compromise to use Vin Diesel in the game, that he will always be visible in the gameplay if Vin is actually a playable character in the game.

Wildcard seems to remove themselves from the very direct left-click spam combat to a souls-like combat system. Target-lock, blocks, dodges, combos, staggers, special attacks, require the player to actually learn and train their combat skill to survive in the new world of Arat. We have seen the beginning of an exploration of those combat tactics in Atlas, even though I personally think it was absolutely improvable there.

In the developer Stream in August Jeremy Stieglitz also pointed out that combat will play a very significant dominant role in the game.

It would give a sense in a lot of what ARK 2 is about, which is about combat to be quite blunt. It is a significant point in ARK 2 to have a more engaging combat system both for player level combat and for dinosaur level combat.  – Jeremy Stieglitz on the Developer Live Stream

Setting in which two worlds collide

We will meet the world of Arat which is an alien planet which is inherited by the Aratai. The native people of Arat are hostile towards the humans entering their home planet and will fight them to drive them off the planet. Arat will be overrun by clones of the humans we met through the story of ARK and by prehistorical creatures nurtured and bred in the massive ARKs and on the Genesis ship in preparation to find and civilize a new home.

The NPC tribe of the Aratai will offer challenges even for PvE play, which has been missing quite a bit in ARK Survival Evolved where PvE was mere a economy simulation once you reached end game.

From a gameplay standpoint the systems of living in the world of ARK 2 are equally being developed all the way through (compared to the combat system mentioned earlier). Even if the music seems to be more oriented towards the fight aspect, being able to live on the world of ARK 2 and enjoy spending time in it, developing your base, developing your items, developing your creatures and being in peace with that, that’s really critical as well. If those two things aren’t balanced, the game wouldn’t work like that. If the game was just fighting or heavily emphasized fighting over the expense of living, then it’s not gonna be a well balanced ARK game. – Jeremy Stieglitz on the Developer Live Stream

Create templates of structures and share them with others

Building has always been my pet peeve in ARK 1 and I love to see new ideas and concept in ARK 2. Players can create templates of buildings and structures they have built in order to share them with other players, probably even globally. Players can then work as a team to build and finish those structures. We have seen a similar approach in Structures Plus where you could build bigger gates, and they would appear as a holographic outline, and you had to bring resources to that holograph to finish it. That sounds like a nice team activity where everyone can get involved. 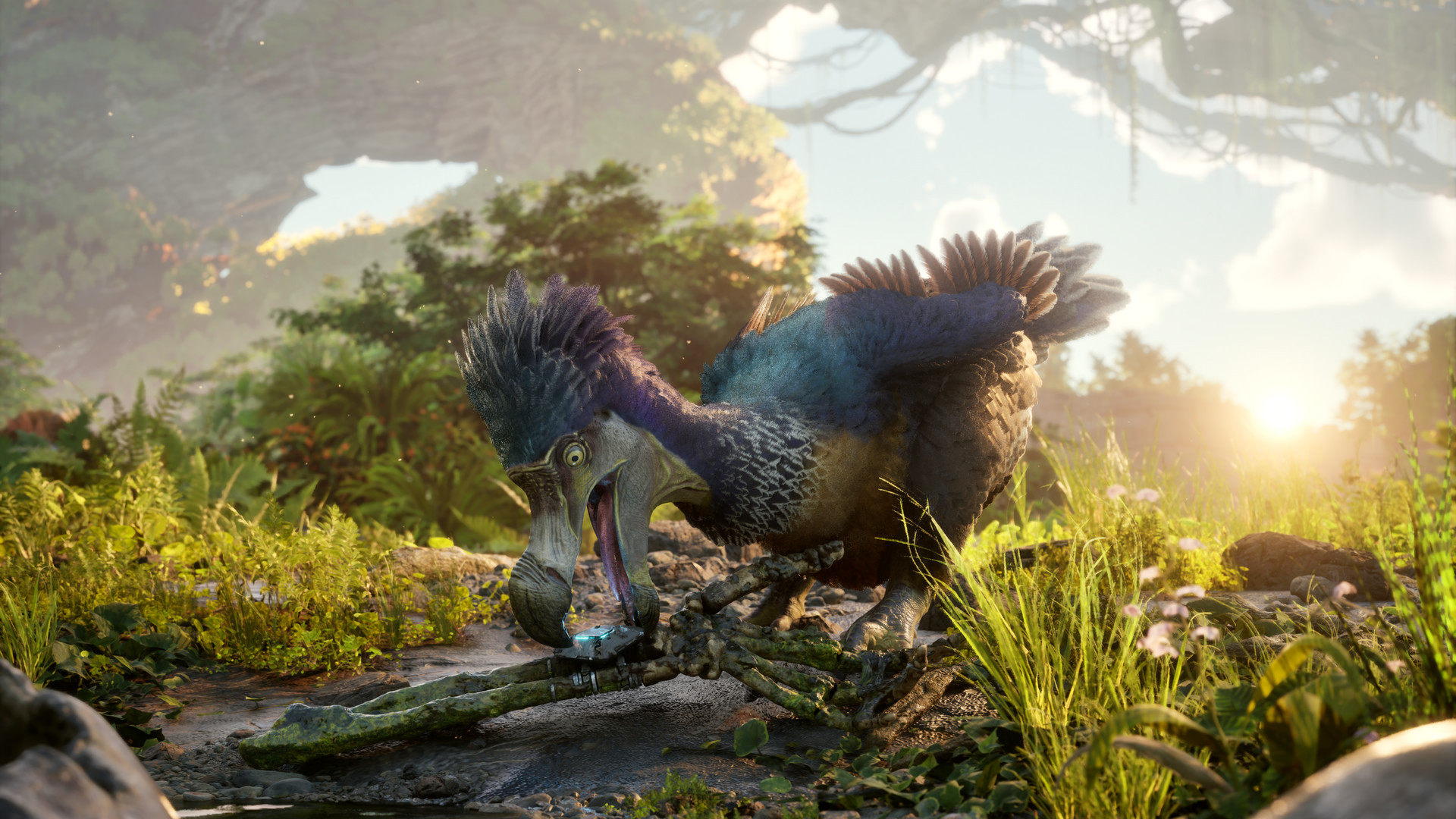 Many games already experimented with enemies or animals tracking smell or sound of the players. ARK 1’s AI almost exclusively got triggered by entering a specific radius within the creature—you will now have to hide your tracks, cover your smell and try to think smarter than the creature or NPC you want to outsmart. This will be interesting when it comes to trapping creatures. In ARK 1 creatures would blindly follow the player up ramps. If we look at games like Valheim, this has not been so easy because creatures had been programmed to walk around structures, ramps and even avoid holes in the ground to not get trapped. That made catching them so much more challenging.

Skill trees can be intimidating. And while not every game has to be as intimidating as Path of Exile when it comes to skill trees, ARK 1 had nothing like that. Pix ARK offered a bit and so did Dark and Light. Atlas had a strong emphasis on a skill tree based learning. This will be a little of a challenge for ARK players because just levelling up core stats won’t be enough any more and even here people aren’t even sure what the best outcome is. We will see “builds” in the future on how to level your character ideally and probably also see very highly specialized characters that are only good in specific tasks within the game. 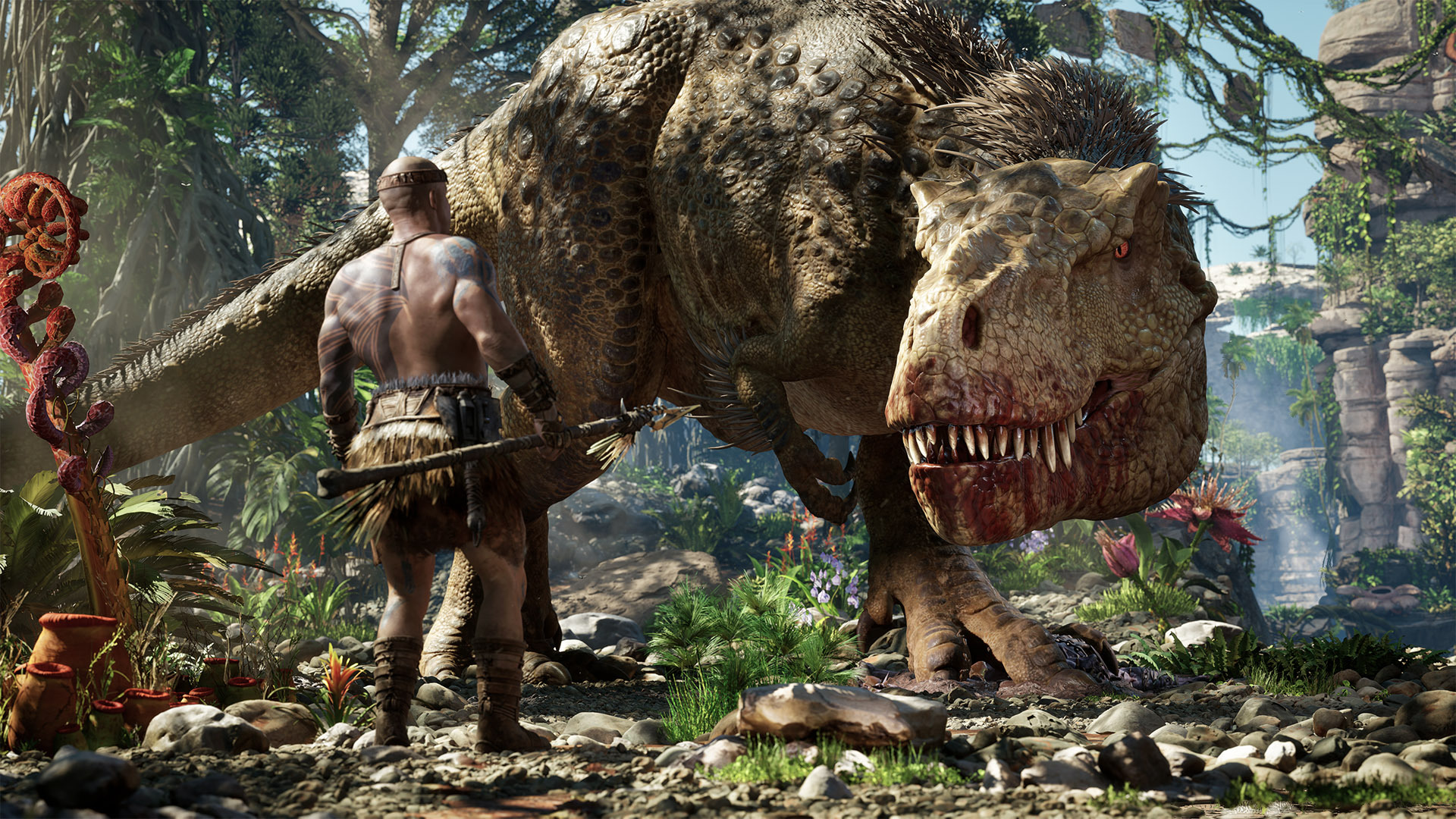 TEK is going to be big strong and scary

That TEK is going to be in ARK 2 had been revealed on the developer stream in August 2022. We had seen technology in the trailers but were not sure if it was purely for story telling purposes or if TEK actually would be in the gameplay. This might have been revealed by Jeremy who talked about the differences of TEK in ARK 1 and ARK 2.

The TEK in ARK 1 is kind of a joke. It has a nice aesthetic to it. It’s like “okay it’s a futuristic tech with an interesting aesthetic to it.” In ARK 2 it actually feels threatening in a way that you can’t quite get a handle on it. (…) You get a sense that it is beyond human understanding, beyond modern understanding. It’s magical but not necessary in a good way. (…) yes it is technology, but it does not seem pleasant or something you want to dabble with. – Jeremy Stieglitz on the Developer Live Stream

He proceeds to explain the powers of Thor in the comics that are seen as somewhat magical as well, but also a kind of technology. He said compared to for example Thor’s abilities, ARK 2’s TEK won’t be happy and rainbows but “more sinister”.

And if we think about the story of Santiago alone, his several resets as a clone, as a warrior to just function within a war he fought for someone else—the usage of TEK always had an ethically questionable side to it and his relationship to TEK has been rather complicated. Maybe we will explore it through the eyes of Santiago.

ARK 2 is going to have procedural fight arenas

Since there were no real possibilities to test your skills in ARK 1—aside from the gauntlet missions in Genesis 1 and 2, ARK 2 is going to have fight arenas in which you can prove yourself with or against your friends and frenemies. Those arenas are also going to be procedural to provide a better replayability for the players. 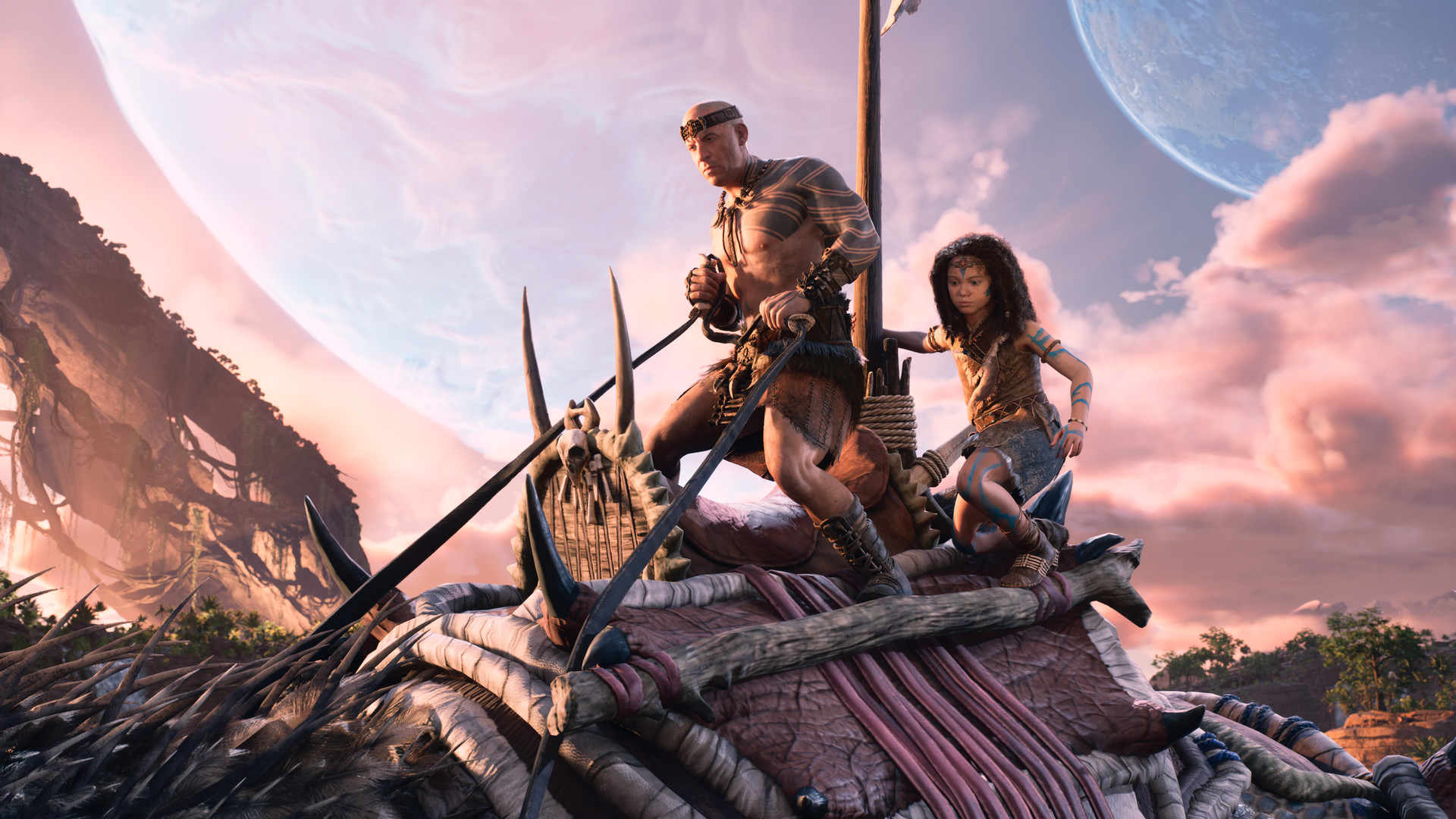 To make the world more alive there will be numerous dynamic events within the game that allow you to interact with those events. This was also revealed at the developers stream, since they talked about making the music for these events. One could be an event of a group of sauropods wandering to a water hole. In their “Letter to the community” in June the founders also explained those events in detail:

Events include procedurally-dynamic scenarios like watering hole gatherings, wounded creatures, tracking the signs of advanced prey, stampedes, herds, defending endangered creatures to earn their trust, finding dens of parent creatures and their young, and more. Whether you choose to engage with these events is up to you, and each can yield unique rewards and challenges. – Letter from the Founders

Weapons, (saddles) and armour will be customizable

This article is a work in progress and will be filled with more infos, the more we find out about ARK 2 and the more info we will get from Studio Wildcard. Have you found info that has not been mentioned here? Feel free to send me a link to the source on twitter @TiiaAurora or via mail .

Tiia is a bilingual Content Creator for the game ARK: Survival Evolved. She has over 12k hours experience in the game and her main interest is the complex breeding mechanic in ARK.

If you like what I do, please support me on Ko-fi!